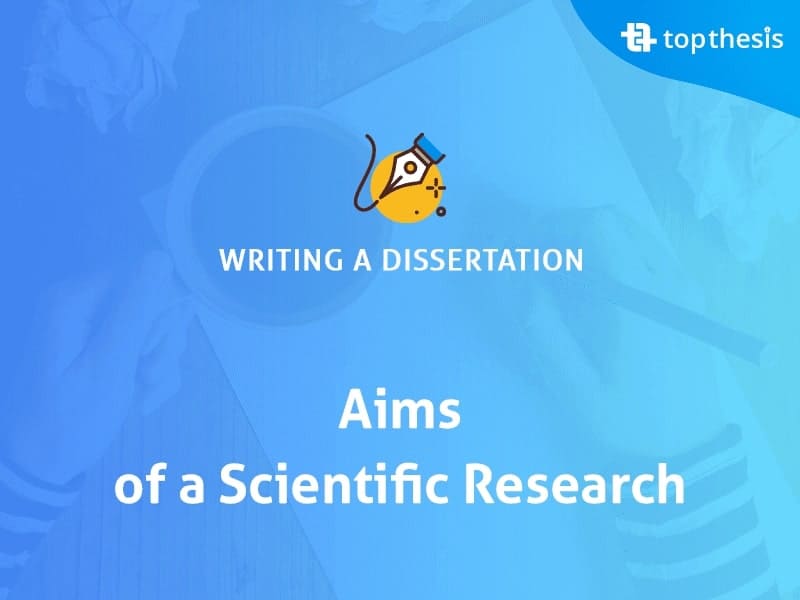 Learning about Research Methodology: The Aims of a Scientific Research

In general terms, science is concerned with finding answers to questions and gaining knowledge about the universe, or at least the observable aspects of it. It is possible to use a variety of research methodologies to answer these questions and acquire this knowledge. In another article, our experts will discuss the different types of designs that can be used in research. However, before looking at various designs, it is worth knowing what scientific research aims to do.

The Aims of Scientific Research

A lot of researchers would agree that the aims of scientific research are to:

Some people might say that application and control are additional goals. For this article, we will discuss explaining and/or improving understanding, describing, and predicting.

When attempting to determine cause-effect relationships, one of the most difficult conditions to meet is being able to eliminate other credible or possible causes.

Describing is a reference to any procedures used for classifying, categorizing, and defining various subjects and any relationships that exist between them. Descriptions facilitate the establishment of universals and generalizations. For example, the process of collecting information about a large population of people allows a researcher to describe the characteristics of the average member of the group or the average behavior or performance of members within the group. Using observations to describe the patterns of large populations does not mean there are no significant differences between the people in the group. This means that researchers use (broadly speaking) average patterns or behaviors to try to describe events or subjects. The descriptive method alternatively allows researchers or scientists to describe their observations of one person and/or one phenomenon.

In the world of science, a description should be precise and systematic. The definitions used in the research of a scientific nature are of the operational variety. These types of definitions typically characterize qualities, concepts, and events in the form of observable-type operations or by the procedures that are used for measuring them.

Also, when developing their descriptions, a lot of researchers are prone to making predictions. Describing events often tends to provide a platform for predicting, sometimes in the shape of hypotheses, which are usually tentative and testable forecasts about the relationships or possible relationships that exist among or between variables. It is common for hypotheses to be developed from sets of interrelated concepts or theories that explain bodies of data and predict or forecast outcomes.

What is particularly important to researchers is predicting later or long-term performance. For instance:

We check the paper on plagiarism
5

We send the paper to you e-mail
5

We upload into your account at our site
How it works

Is it possible to say (or predict) that people are likely to live longer if they adhere to healthy diets?

Remember that the levels of certainty with which predictions can be made usually vary. The coefficients of correlations are used to assess the amount or level of relationship that exists between variables in respect of both the direction and strength of the possible relationship. Put another way, the coefficients of a correlation are the factors that determine how measures co-vary and how well.